Neoclassical economics is premised on the notion that a free market will supply inputs (labour, capital, materials, energy etc.) in accordance with demands for outputs (products and services). Advocates believe that functioning markets will allocate resources amongst competing demands more efficiently than any other system yet conceived using the mechanism of price; and at the very least, better than the average dictator, or roulette wheel.

Aggregate demand is assumed to be the result of rational consumer choices. Consumers are said to choose rationally if they take account of all available information, weighing the costs, benefits and risks of each decision that contributes to demand. Perhaps this is semi-realistic when buying a car or house, but is it fair to assume that most consumers make rational choices when buying a chocolate bar, a box of cigarettes or an engagement ring; or when they cast their vote?

In Phishing for Phools, two Nobel laureates, George Akerlof and Robert Shiller, demonstrate that many of us make phoolish consumer decisions – those that do not result in what is ‘good for us’. The second, more startling step the authors take, is to assert that many facets of our modern market economy structurally incentivise phishing (conducted by Phishermen; usually a vendor in a market place). In other words, where there is profit, there is phishing for phools.

When consumers are phished we are duped into a decision that benefits the phisherman, but does not make us happy, nor do us any good in the long run. Phishermen (presumably phisher-men or -women, but I guess that would muddy the phish/phool nomenclature, which is maintained tirelessly throughout the book) satisfy our monkey-on-the-shoulder tastes. This term is derived from the empirical observation that Capuchin monkeys – once taught to trade, would you believe?! – exchange their earnings for marshmallow-based treats; prioritising short-term satisfaction and joy over what is good for them. Akerlof and Shiller show that, despite being smarter than Capuchin monkeys, human consumers’ monkey-on-the-shoulder tastes often win out over those many would hold to be rational. They show how phishermen lurk in virtually every corner of the market place, preying on our capacity for irrationality, and our limited ability to resist temptation.

The authors cite a litany of examples to support their claims, across the fields of advertising, lobbying, public relations, education and finance, and use a wide-range of familiar consumer products and services as examples; credit cards, mortgages, cars, food, tobacco, alcohol and pharmaceuticals.

The enjoyment of the book is the description of the evidence, presented in a clear and witty manner, interspersed with personal anecdotes from the pair’s past financial dealings. Although entertaining, the examples are sometimes a bit familiar and safe (the 2008 financial crisis – people got duped? no way!?). In short: it is a short, entertaining and thought-provoking book that is well worth a read.

As the authors note, there is only a small tweak to standard economic thinking being made in the book: ‘by recognising optimality in terms of our real tastes and optimality in terms of our monkey on-the-shoulder tastes’. Nonetheless, this minor adjustment has profound implications for the way one might go about regulating a market and protecting consumers. Many economists will disagree with the authors’ thesis, and say that there is no objective basis in a market for differentiating between necessary and superfluous demands; needs from desires.

In a short chapter towards the end of the book, Akerlof and Shiller round-up the various forms of resistance conceived to protect would-be phools. Quality standards (‘ISO’ being an example), legal standards, regulations and moral members of the business community are all cited as heroic efforts to reign-in the phishermen. It would have been nice to hear more from the authors on the practical steps that need to be taken to progress these efforts, especially given the new phishing frontiers that have emerged – the internet and consumers’ data being a particularly pertinent example. However, as the pair conclude, the purpose of the book is to broaden the common narrative that espouses the benefits of markets, to include the notable downside of phishing for phools.

“What does this have to do with resource efficiency?” Well, for a start, few resources in the world are transformed into consumer products and services, without being directed by some sort of market vector; many of which make for ripe phishing for phools terrain. A more specific parallel that the book’s examples allude to throughout, is the farcical nature of the demand that our monkey-on-the-shoulder tastes create. The simplest example of this – and one Akerlof and Shiller delineate in detail – is credit cards.

Credit cards simply would not have got off the ground, if the costs vendors faced for accepting them were not offset by a commensurate augmentative impact on spending. In fact the impact is larger, as the vendor fees must be eclipsed by an increase in the vendors’ margins, not just their revenues. This increase in spending is not really demanded. It is offered and accepted, unwittingly, in return for the non-convenience over a credit card. This effect is then compounded by the fact that many of us do not pay the balance on our credit cards in full every month, and therefore have punitive interest rates levied on this spending.

Yet credit cards (which economists lovingly describe as ‘technology’ or ‘innovation’), and thousands of other mechanisms designed to increase consumption, do in fact result in increased demand: demand for products, which in turn creates demand for materials (mainly steel, plastic, cement, aluminium and paper), which in turn creates  demand for energy (mainly oil, natural gas and coal), which in turn causes any number of deleterious environmental impacts – most notably climate change. (For those of you who are counting; that was credit cards to climate change in 70 words).

The problem is that the creation of this sort of demand has become the backbone of many economies. In the UK, about two thirds of GDP stems from household spending, and household debt is around 100% of GDP; one of the highest in developed world. Perhaps because of this economic dependency, this sort of demand increase is seen as unquestionable, and often lauded as progress. But as we can see from the evidence Akerlof and Shiller present, the forces behind this demand are entirely fallible, and often laughable.

If all phishing-induced demand was satisfied indirectly by renewable sources of energy (the current world share is around 12%) and materials, then the question of whether it is good for us or not, would be principally an economic, if not existential one. However, the supply side resource challenges we face (making carbon capture and storage, renewables, nuclear etc. happen at scale) in attempting to satisfy this demand in a sustainable manner (without increasing water scarcity, loss of biodiversity, eutrophication etc.), seem disproportionately onerous and complex, given their origins lie in the phishing practices Akerlof and Shiller present. This for me, was the most thought-provoking implication of the book.

To conclude on a more positive note: it was encouraging, if coincidental, to read in this year’s 3rd issue of The Economist – hardly a bastion for free market naysayers – an article entitled ‘Anti-choice’. Rather than impacts on demand, the article raised concerns about consumer protection – but concerns nonetheless – stemming from phishing-like practices. They note several examples where regulatory efforts guide (or nudge) consumers’ choices closer to what is good for them. Two examples from the US include: the Consumer Financial Protection Bureau which intends for mortgage agreements to contain more easily digestible terms and information; and a mandatory fiduciary role for financial advisors, making it a requirement for such professionals to act in the best interest of their clients (perhaps unbelievable the latter is not mandated already!?). One would imagine these types of measures are popular amongst the consumers they protect, if not among the phishermen whose phishing lines are necessarily shortened. The question is, can similar protections against the adverse impact of superfluous demand, be extended to the resources on which all consumers – be they phoolish or not – depend? 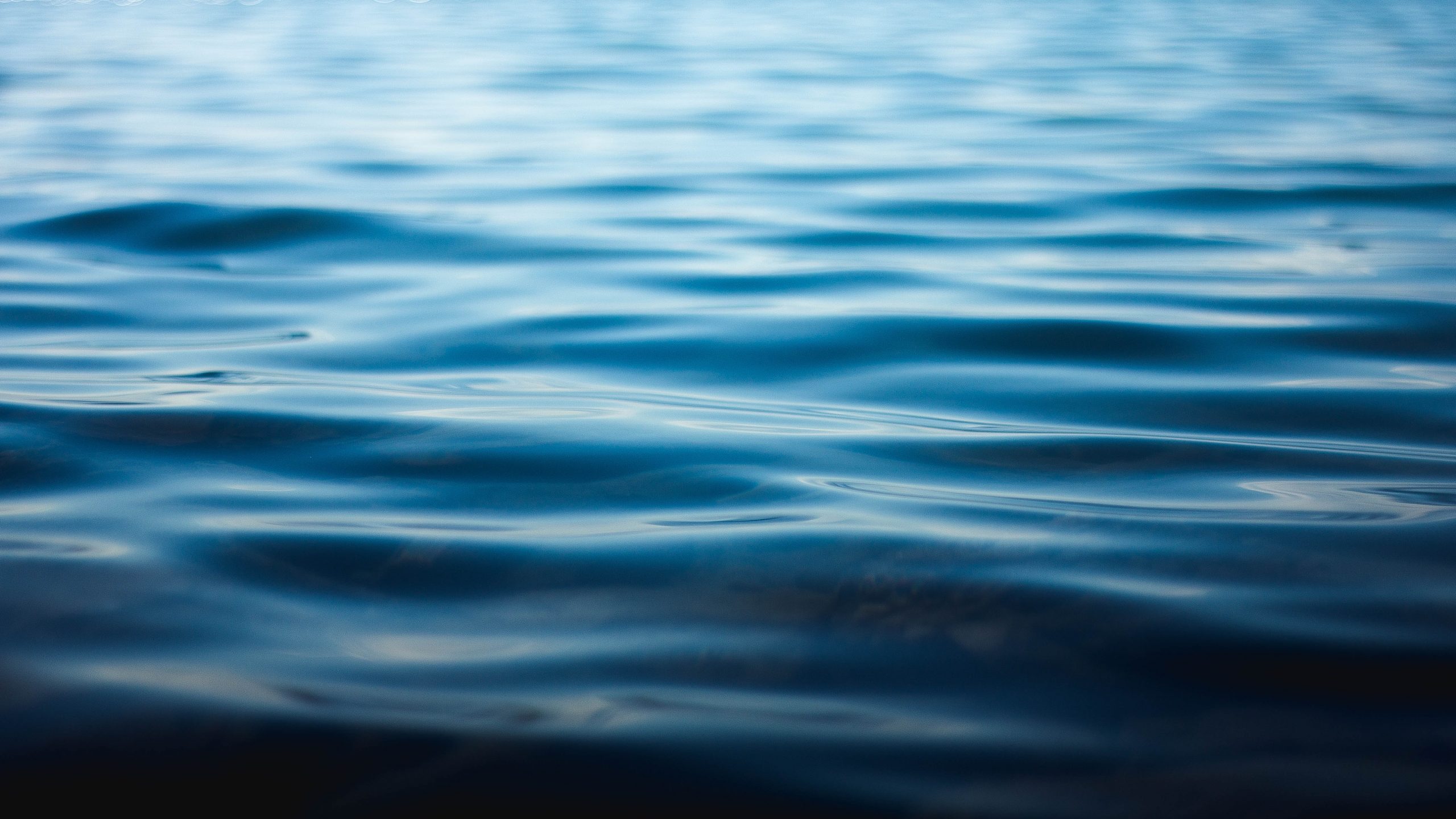